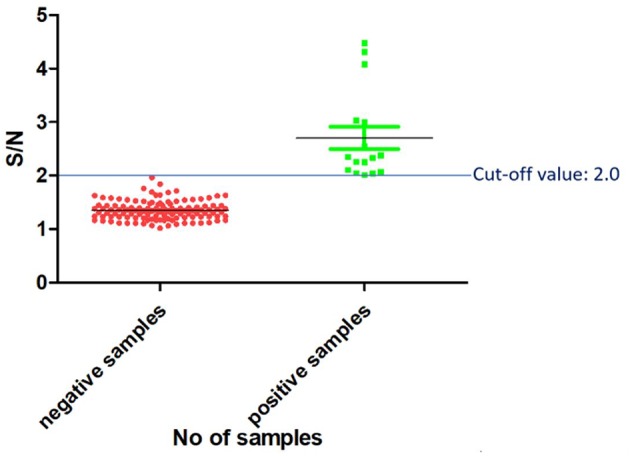 In this research, an oblique enzyme-linked immunosorbent assay (ELISA) based mostly on the recombinant goat signaling lymphocyte activation molecule (SLAM) as the seize ligand was efficiently developed for the detection of the PPRV antigen (PPRV SLAM-iELISA).

The assay was extremely particular for PPRV with no cross-reactions amongst foot and mouth illness virus, Orf virus, sheep pox virus, and goat pox virus and had a sensitivity with a detection restrict of 1.56 × 101 TCID50/response (50 μl).

Assessment of 136 samples confirmed that the developed PPRV SLAM-iELISA was properly correlated with real-time RT-qPCR assays and commercially accessible sandwich ELISA for detection of PPRV and confirmed relative sensitivity and specificity of 93.75 and 100.83%, respectively.

These outcomes counsel that the developed PPRV SLAM-iELISA is appropriate for particular detection of the PPRV antigen. This research demonstrated for the first time that the goat SLAM, the mobile receptor for PPRV, can be utilized for the growth of a diagnostic methodology for the detection of PPRV.

There had been no variations in serum estradiol focus (p=0.929) and length of remedy (p=0.496) between formulations.